Among his primary studies, Demography and Management towards 2050 in Turkey: Repercussions on Turkish Education System (Turkish Industry and Business Association- TUSIAD and United Nations Population Fund- UNFPA, 2010), which includes long-term tendency projections for pre-school, upper-secondary and higher education levels in Turkey within 2010 and 2050, and Teacher Education and Faculties of Education (with A. Aydın and S. Akbaba-Altun, Higher Education Council, 2007), which presents analyses about the improvements in teacher education between 1982 and 2007, can be emphasized. He also took part in MoNE Teacher Employment Projections, Strategies and Systems Development Project (2013) as a researcher, which covers teacher supply and demand projections till the year 2023, within MoNE-IKOP.

In addition to teaching and research experiences in the university, between the years of 1996 and 2005, he served as a consultant in various educational projects – aiming at extending schooling of girls such as ‘Girls, Let’s Go to School’ and ‘Child-Friendly School’- conducted by MoNE in collaboration with UNICEF, the World Bank and the European Commission. Further, he took part in many professional training activities for educational administrators and supervisors.

He received his Ph.D in Educational Administration, Supervision, Planning and Economics at Hacettepe University in 1986, and worked as a faculty member of the Faculty of Education at Hacettepe University between the years of 1991 and 2017. He held several administrative positions on different levels of the same university, and served as the vice-rector from 2012 to 2015. Besides, he was a visiting professor at Kyrgyzstan-Turkey Manas University during 2000-2002. In the 2007-2008 academic year, he had been a visiting researcher at the University of Memphis, Center for Research in Educational Policy, Tennessee, USA.

He also held positions in TEA (Turkish Education Association) as a Scientific Committee member (2003-2005), in UNESCO as a Turkish National Commission Education Specialization Committee member (2010-2014) and in Turkish Volleyball Federation as an Education Board Coordinator (2006-2007 and 2011-2012). He is still a member of the Accreditation Board in the Association for the Evaluation and Accreditation of the Education Faculty Programs (EPDAD).

David Reimer is a professor at the Danish School of Education, Aarhus University. His research focus is on social stratification, with a focus on inequalities in access to higher education across class, gender, and ethnic divides. He is also interested in the transition from (higher) education to work. Much of his work has a cross-country comparative perspective. His work has appeared in various international journals such as European Sociological Review, Higher Education, and School Effectiveness and School Improvement. 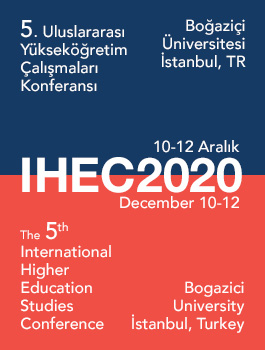 Deadline for Submission of Abstracts and Symposium Proposals